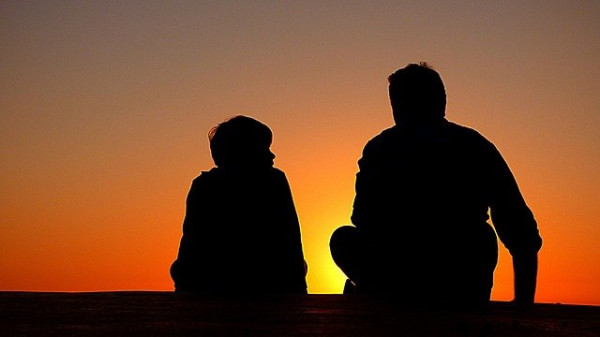 Stop me if you’ve heard this: we’re raising a generation of spoiled, entitled, and weak children.

I find it amusing that these hackneyed criticisms are fired from some members of the previous generation at their adult children and the grandchildren they’d been begging for. Sorry, but this isn’t avant-garde. Remember how your parents--the Great Depression survivors and World War II veterans--lambasted your love of Rock and Roll, long hair, and Flower Power?

To be fair, Gen Xers like me judge and shame the Millennials, who are likely taking their frustrations out on Generation Z. It’s inevitable, but I try to leave the kids out of it.

Parents and their young children are living in an era like no other, and it’s time for some perspective and push-back against unfounded and lazy criticisms.

3) Parents Today Are Too Overprotective.

When you decide to spread your seed and bring a human being into the world, your number one job is to keep them safe. If equipped with the means, what parent doesn’t want to set their child up for physical and emotional health and educational and career success? Young children need protection.

Is there a part of the parent population that takes it too far, causing more damage than good? Sure, and we call them helicopter parents, but there are solid arguments that debunk the so-called scope and effects of this style, like this one from the Washington Post article:

“In fact, given all the evidence that suggests it’s neither particularly pervasive nor pernicious, it may be time to reconsider our assumptions about helicopter parenting in general. Those assumptions tell us more about the people who make them than about the reality they presume to describe.”

When my sons played their final Northbrook Park District basketball games before COVID hit, they received medals and a trophies for participation. And you know what happened next?

They were no greater the rascals than they'd been prior to those awards. In fact, neither of my boys give two shits about medals and trophies, as we usually find them under a heap of dirty laundry or beneath a car seat.

I do like what Parker Abate, a former high school athlete had to say in his New York Times Op-ed:

“Let’s give the winners a trophy and the participants a certificate, or give them all small trophies. These kids dedicate time, effort and enthusiasm, and they deserve to have something tangible to make them feel that their participation was worthwhile. It could be the only form of athletic recognition they ever receive.”

1) Kids Are Too Coddled And Not Tough Enough

There’s not a trope further from the truth than this one. If you don’t think kids today are as resilient as ever, then you’re not paying attention to the increasing danger they face.

If you completed your K - 12 schooling before 2008, you didn’t worry everyday about an active shooter invading your class and killing you with an AR-15. You weren’t forced to participate in routine lockdown drills and then have to shift to STAR Testing while shaking off the anxiety of what you just rehearsed.

If you’re not a child, then you’re not part of the 40% of children that the CDC reported experienced a severe allergic reaction to food annually, including anaphylaxis.

If you’re not a child, then you weren’t robbed of at least a year of your childhood by a pandemic.


To bring it around, the next time a fellow adult challenges the mettle of kids, you can confront their perception with reality and remind them that silence is golden.

About the Author, David Telisman
I am a Writer and Content Creator, and I work with businesses to inspire their customers to buy from them. I believe that my clients deserve to feel proud of how their content marketing looks and what it says, and I deliver by providing expert copywriting and email marketing solutions.