Don't Understand Suicide? Then Learn About It. 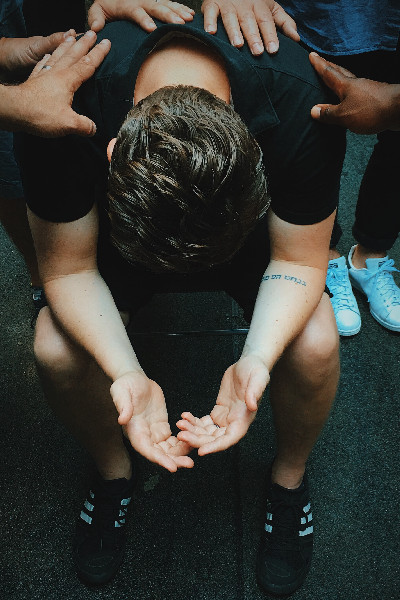 September 6 to the 12th, 2020 was National Suicide Prevention Week. Raising awareness for this other pandemic that pre-dates COVID-19 cannot be overdone.

132 people in the U.S. died by suicide daily in 2018, and those numbers are rising during Coronavirus. Lost among the daily reported COVID cases and death count is the collateral damage.

In August, Forbes cited a report from the United Nations and World Health Organization:

“Suicide is likely to become a more pressing concern, as the pandemic spreads and has longer-term effects on the general population, the economy and vulnerable groups.”

But we’re also seeing the short-term impact, as the same article notes:

“The CDC conducted a survey of 5,412 people between June 24 and 30 and the collected data on suicides is alarming. Roughly 25% percent of young adults between the ages of 18 and 24 say they've considered suicide because of the pandemic. About 30.9% of the respondents said that they ‘had symptoms of anxiety or depression’ and about 26.3% reported trauma and stress-related disorders caused by the outbreak. Over 13% said that they have used alcohol, prescription and/or illegal drugs to deal with their pandemic-induced stress and anxiety.”

Relegating one week to Suicide Prevention has never sat well with me because the case couldn’t be stronger now to focus every day on the matter.

I wrote the following article in June of 2018, and I’m re-publishing it past September 12th because I didn’t feel the need to crowbar it into such a short window for an issue that deserves more attention than one week.

“I don’t understand how someone could kill himself,” he said, shaking his head. “It’s gotta be the most selfish thing you can do.”

His son spoke up. “Dad, it’s a clinical problem.”

“Often, when people die by suicide, it’s because they are struggling with a mental illness,” his son answered.

“It’s comments like that, Dad, that make it so much harder.”

It wasn’t my business, but I addressed them. “By the way,” I said and pointed to the son, "He’s right."

It’s been eight days since Anthony Bourdain took his life, and during that time 984 more Americans have done the same. In the wake of Bourdain’s suicide and Kate Spade’s before him, the Centers for Disease Control heartbreakingly reported that since 1999, the suicide rate has increased by 30%.

Saying you don’t understand suicide is as tired a response as “thoughts and prayers” following a mass shooting. It’s not the responsibility of anyone, particularly those who are suicidal, to explain it to you.

But I’ll do you that favor because I’m worked up enough.

The short answer if you don’t understand something is to learn about it. Before becoming a home inspector, you trained and earned your American Home Inspection Society certification. Prior to trying your first case, you studied law, prepared for and passed the Bar exam.

The information is at your fingertips, and it’s free. (The same can’t be said for the high cost of law school tuition or the price tag on the drone for aerial condo inspections.)

But since I can’t get the image of that dad shaking his head out of my mind, I’ll provide you with the key messages from this excellent Healthline piece. Suicide is one of the leading causes of death in the United States, taking the lives of about 43,000 Americans each year. Roughly 50 percent of people who die by suicide have a mental illness at the time of their death.

Other risk factors include:Warning signs to look out for include feelings of hopelessness, avoiding social interactions, substance abuse, and expressing rage or intentions to seek revenge.

Now you know that people die by suicide for many reasons, including mental illness, pain, loneliness, isolation, and not to mention, our broken media culture.

Both are choices: understanding and learning. If you can still do neither--if you continue to keep your head in the sand--then you are actively choosing to not feel empathy or compassion.

And I can’t help you with that.

If you or someone you know needs help, contact the National Suicide Prevention Lifeline.

David is the founder of David Telisman Communications. He's a Writer and Content Creator with a passion for mental health awareness and advocacy. He has written extensively on the subject, in addition to serving clients in other verticals. David understand that you deserve to feel proud of how your content marketing looks and what it says, and he delivers by providing expert copywriting and digital marketing solutions. Contact David at david@davidtelisman.com and davidtelisman.com